And hail they did: welcome to night vale’s ‘all hail’ review

If you’ve never heard of Welcome to Night Vale, you could surmise a lot from the crowd outside Melbourne’s Comedy Theatre last night. It seemed the entirety of the fandom’s local contingent had descended on the corner of Exhibition and Lonsdale in full devotee regalia—geeky, affable youths in official merchandise, gothic corsets and steampunk goggles, bafflingly obscure costume homages, and hair dyed in every hue.

But the prevailing colour of the night, sported by almost every second attendee, was undoubtedly the signature purple of the long-running US podcast’s logo: a runic, crescent moon–pupilled eye hovering ominously above familiar water tower and powerline emblems of rural America, part-Sauron, part–Dr TJ Eckleburg. 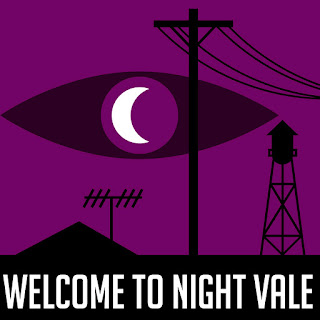 Each episode of the bi-monthly internet series represents a broadcast by fictitious radio host Cecil Palmer, beloved commentator on the weird, nonsequitur, Lovecraftian happenings of Night Vale, an imagined desert community populated by mysterious forces and agencies competing to terrorise quiescent townsfolk. Fans of the show are drawn to its potent combination of creepy paranormal tropes, deeply ironic and self-aware humour, and Tumblr-style progressive politics promoting a message of universal acceptance for self and other alike.

In the currently touring live show ‘All Hail,’ the sudden inexplicable appearance above the radio station of ‘the Glow Cloud’—according to the Night Vale Wiki ‘an eternal deity predating reality and currently serving as the president of the Night Vale School Board’—instigates abject worshipful prostration and mindless recitations of fealty from the town’s populace, sending Cecil on a mission to determine its motives and appease the malevolent nebula.

The quest is punctuated by regular segments imported from the podcast such as an infomercial from ‘sentient patch of haze’ Deb, a collection of comically moribund horoscopes, a forecast of the delightfully bizarre events scheduled on the Community Calendar and, of course ‘the Weather’—a performance by the charming pint-sized musician Erin McKeown, who over-estimated the melodic and mnemonic aptitude of the average Melburnian theatregoer with admirable consistency and patience. The show also features appearances from new and recurring characters in the Night Vale universe—snobby local music store proprietor Michelle Nguyen, shapeshifting sixteen-year-old Josh Crayton, bibliophile teen militia captain Tamika Flynn, and time-travelling intern Jeffrey Cranor. 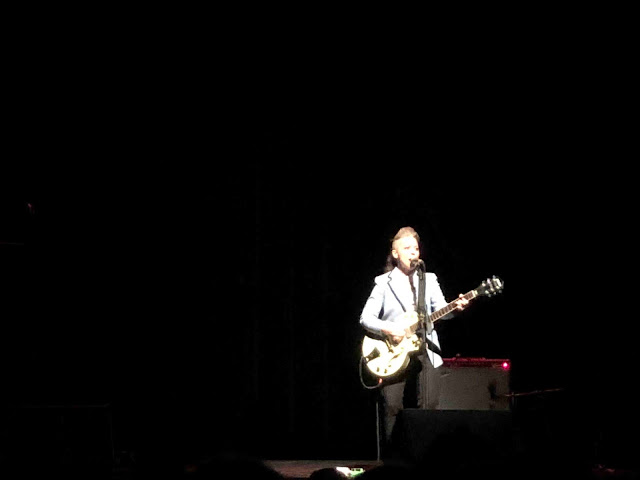 Perennial motifs from the podcast find expression once again in ‘All Hail,’ among them a recurrent anxiety about the rapid consumption and disposal of culture and the pace of contemporary life. After entrapping the audience into laughing at how ‘2014’ vaping is, the charismatic show-opener Meg Bashwiner quips, ‘It’s just like a millennial podcast audience to throw shade at something that was four years ago.’ And in the show proper, Nguyen references in stereotypical upward inflection ‘super-old retro music like The Killers and Usher.’ The obnoxious hipster persona Nguyen’s character satirises is itself a little stale in 2018, though her appearance yields such highlights as the fourth wall–breaking real-time, part-improvised narration of sounds from the audience and a description of her so-called business plan as ‘a crude sketch of Noel Gallagher being consumed by a golem made of cocaine.’

Likewise, the show seeks with some urgency to initiate the audience into the experience of human connection so central to its ethics, reminding us continually of the communality of viewership. ‘The sound of 950 people together in a room sharing an experience’ is one of the sounds Nguyen identifies from the audience, a sentiment echoed more pointedly in Cecil’s later ironic jibe, ‘Who wants to go out in public and share physical space with other people?’ Like ‘The Investigators,’ the last Night Vale live show to reach antipodean shores in 2016, ‘All Hail’ exploits opportunities for audience participation to drive this message home, enforcing hand-holding and protracted group recitations, albeit with a little less success than its predecessor.

Loyal listeners will recognise in ‘All Hail’ the formula of several arc-ending episodes of the podcast, which often conclude with emotive diegetic exhortations from Cecil that have clear real-world political parallels. The show ends on an impassioned plea to convert our good intentions into positive action if evil is to be thwarted. ‘Books,’ Tamika Flynn says, are ‘potential human action,’ and ‘filled with empathy, which is much more heart-shattering than any bullet.’ And ‘good,’ we are told, ‘is an action, not a description.’

While timely, timeless and true (Bashwiner includes in her opening address the embarrassed Trump apology fast becoming a standard convention for every international American performance), this message is not so elegantly grounded in the preceding performance as it is in past podcast episodes or in ‘Investigators,’ and feels superimposed rather than earned—a coda by deus ex machina. Without spoiling the final act completely, plot events might have lent themselves much more naturally to a conclusive sermon on the importance of communication and making space for understanding one another than a tenuously (or, dare I say, non-existantly) linked monologue on activism.

But the minds behind Night Vale know their audience and, judging by the uproarious cheering, hyena-cackling, standing ovation and double encore this audience bestowed on the performers, it was not inclined to register the maladroit delivery of a message it so firmly agreed with after an hour and a half of such skillfully targeted entertainment. I’m not inclined to try to disabuse them, but I would advise caution on behalf of those considering taking along friends uninitiated in the Night Vale universe like I did, lest the audience’s Glow Cloud–like adoration fail to take root in them. 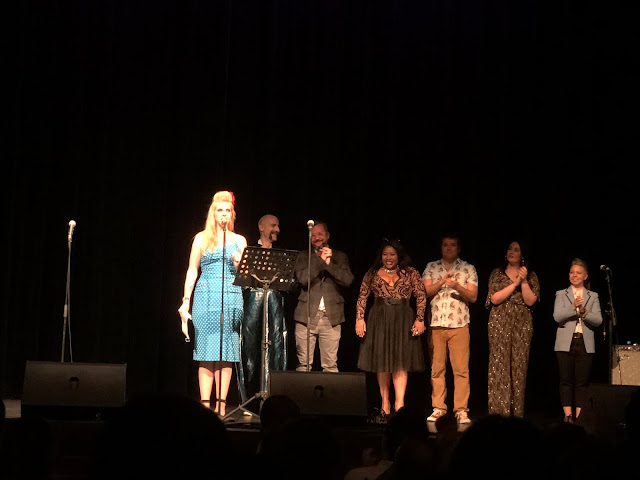 *Note: I would've put this up this sooner, but I was delayed by talks with the editor of a website. It appears here with their permission.